A Covid Year Review In Pictures 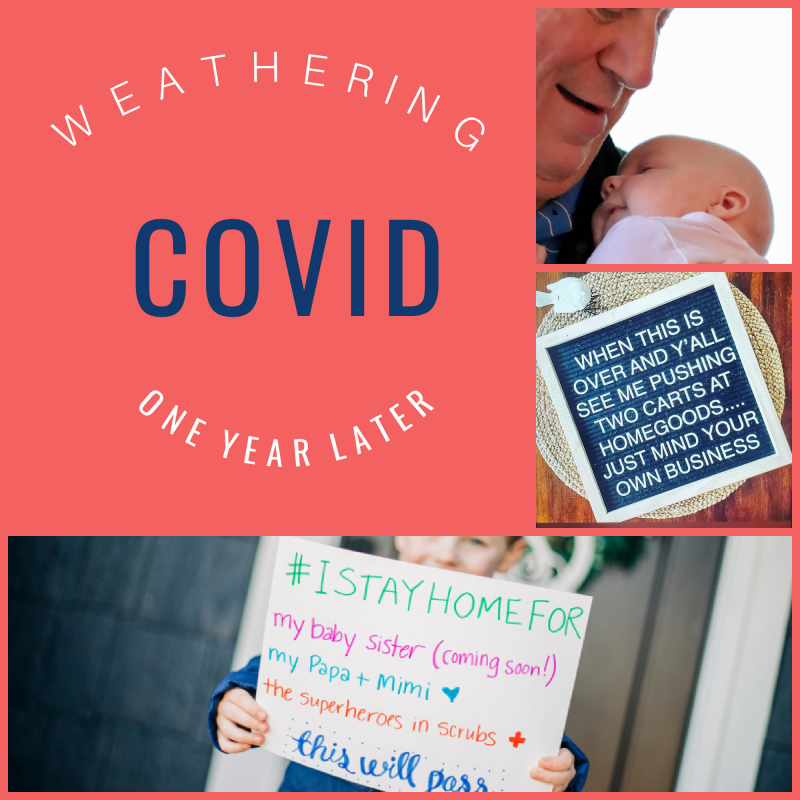 What can be said about last year that hasn't been said?  The pandemic slammed the entire world but we all pushed back. Some days are startlingly vivid and others are a gentle blur. But most importantly, we bore our way through the challenges, and in some ways, we thrived because of them. 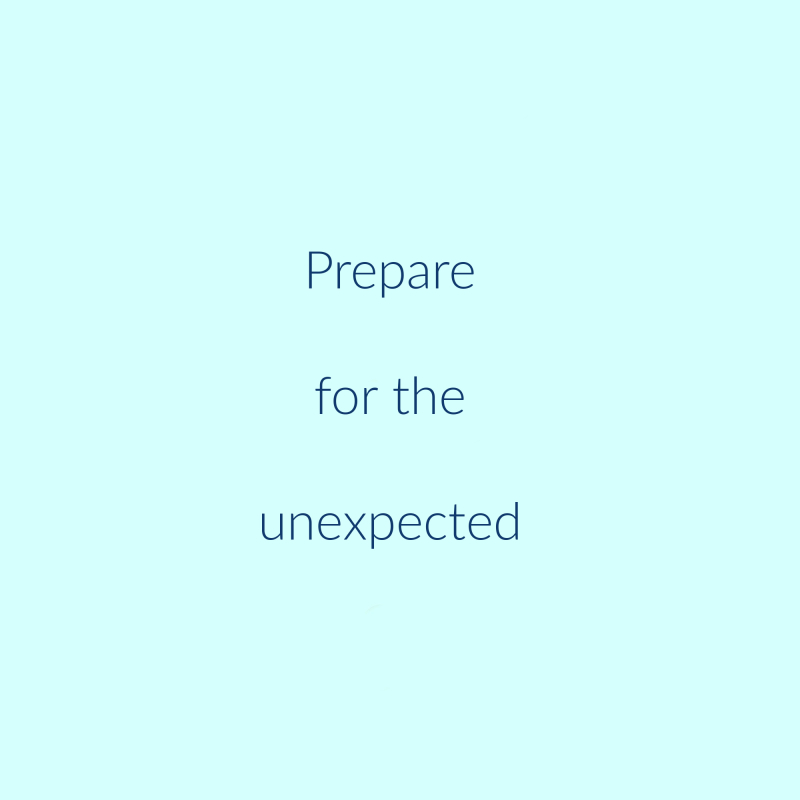 Our year started off with exhilarating days. 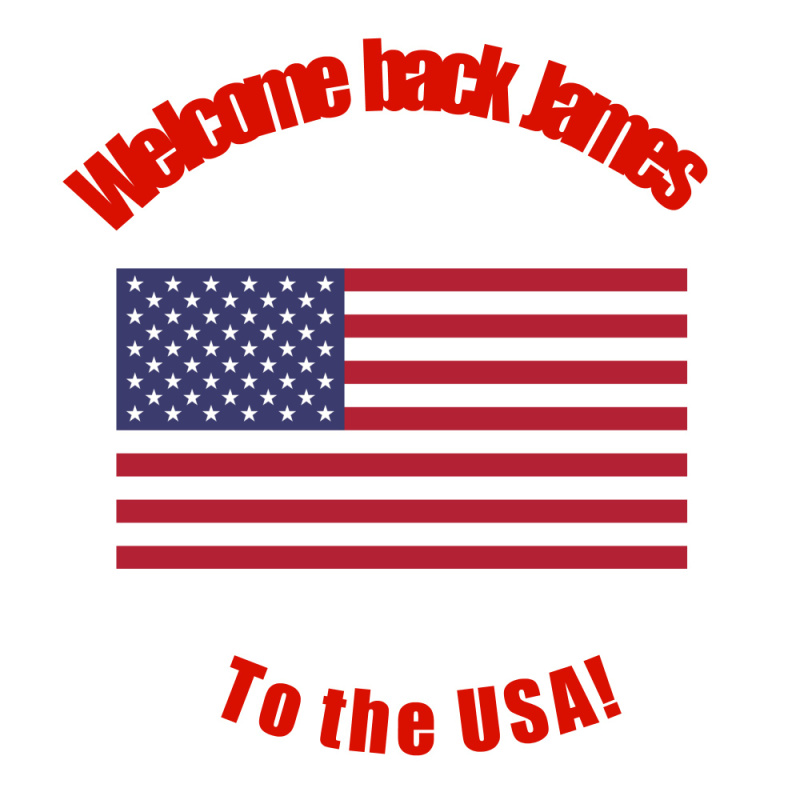 On day one of 2020, we were focused on helping our son and his Korean wife make the move from South Korea to the United States. They had told us at Thanksgiving that they would be making this big move.

The word Coronavirus was, to us, something happening in faraway China at that time. The idea that it could impact Sumi, our daughter-in-law, who was scheduled to arrive from Seoul six weeks later, hadn't yet occurred to us.  But as every day ticked by we became more and more anxious about her arrival and the real fear that the border would be closed to her.

Those were stressful days! 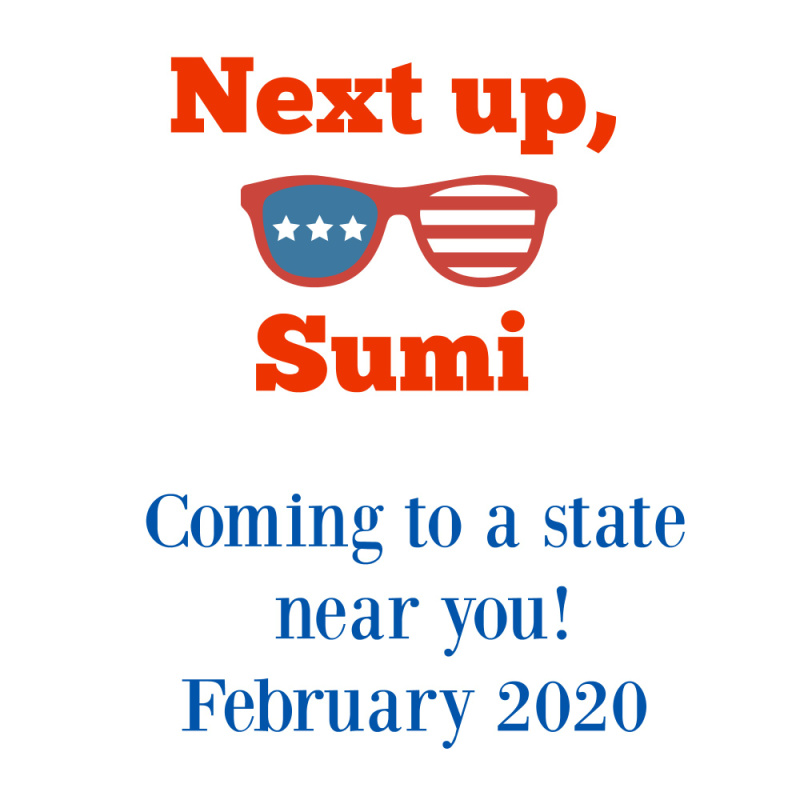 She made it right under the wire. By the middle of February, they were both on US soil and we could finally exhale.

As long as our kids were all here we could handle what the world was throwing at us. 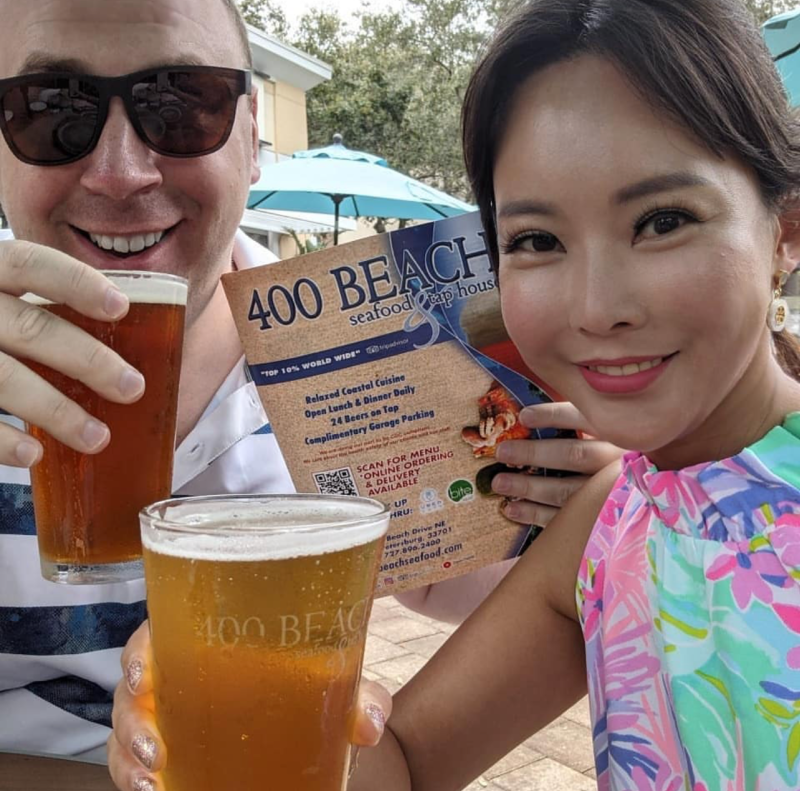 These were grateful days.

The media was inundating us with mixed messages. We weren't sure what this invisible invader was or how dangerous it might be. Were we being overly cautious or too flippant? We didn't know. Erroring on the side of caution, our community closed its gates to any guests or visitors.

These were fear-filled days. 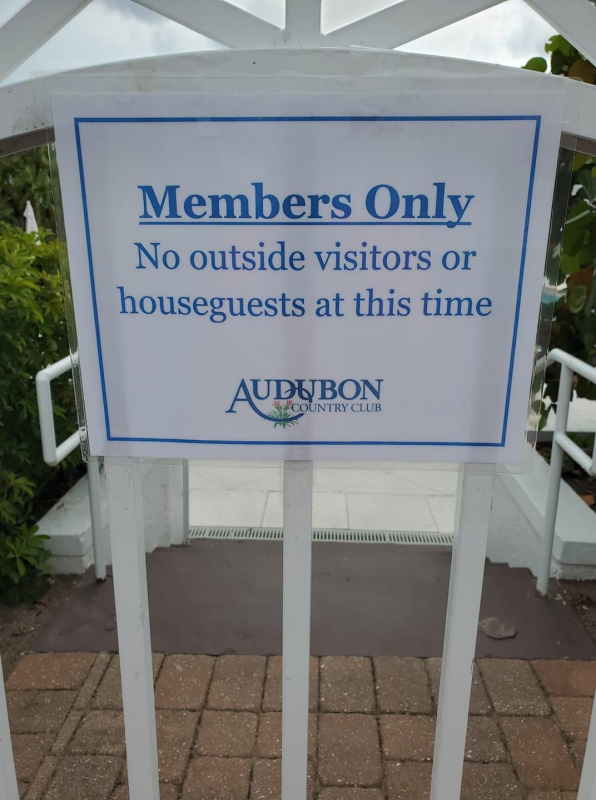 And, simultaneously, we had this story unfolding... 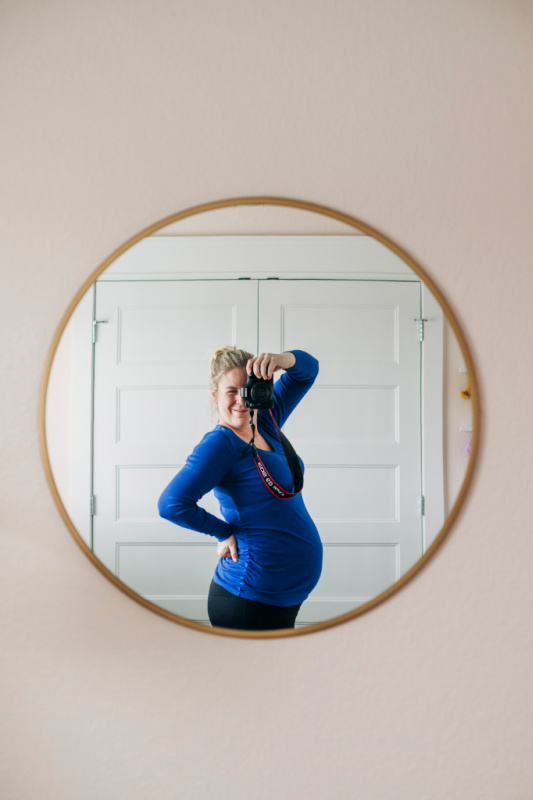 Our daughter was due to deliver in the middle of April, exactly when they were predicting what they thought would be the height of the pandemic.

The hospital told her that barring any complications, she would only be in the hospital for twenty-four hours. They still weren't sure if her husband would even be able to be with her in the delivery room.

The hormone levels were high and my daughter and I shared numerous teary-eyed phone conversations during late March and early April.

THOSE were our most difficult days. 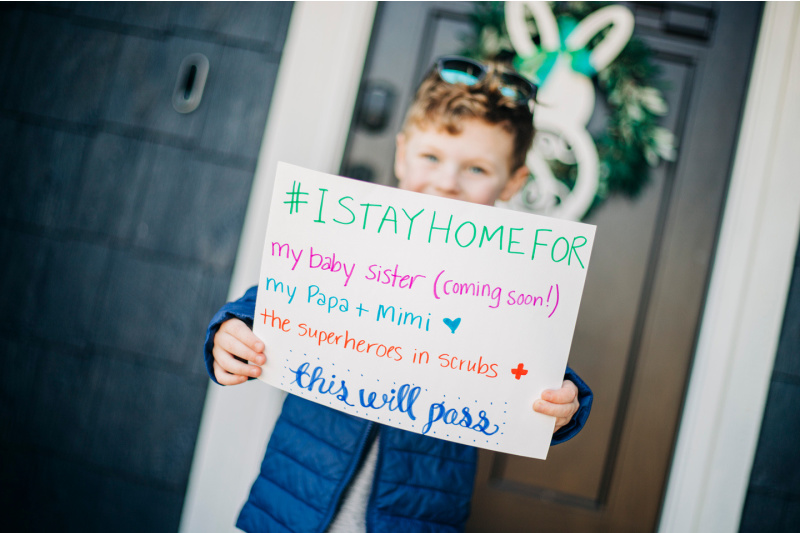 We had always planned to be there when our granddaughter was born but as the country continued to close down and our flights to Iowa were repeatedly cancelled, we finally resigned ourselves to the realization that God had different plans for us and we were going to have to delay meeting our newest family member. 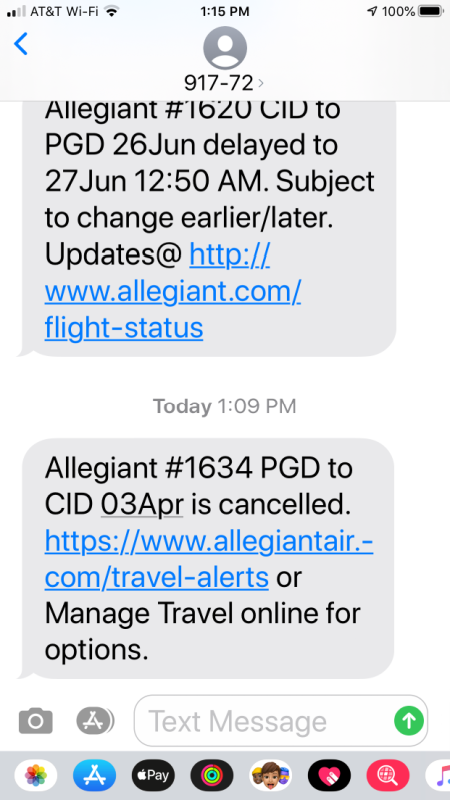 Maybe we wouldn't be able to actually be there when our first granddaughter was born but we still wanted to help in small ways even though we were seven states away.

It started with a diaper hunt. Newborn diapers had disappeared! They couldn't be found anywhere. Can you imagine?

size diapers to Des Moines. In an upside-down world that was barely recognizable to us, this was one of those small things that we were able to eventually control and that felt good. 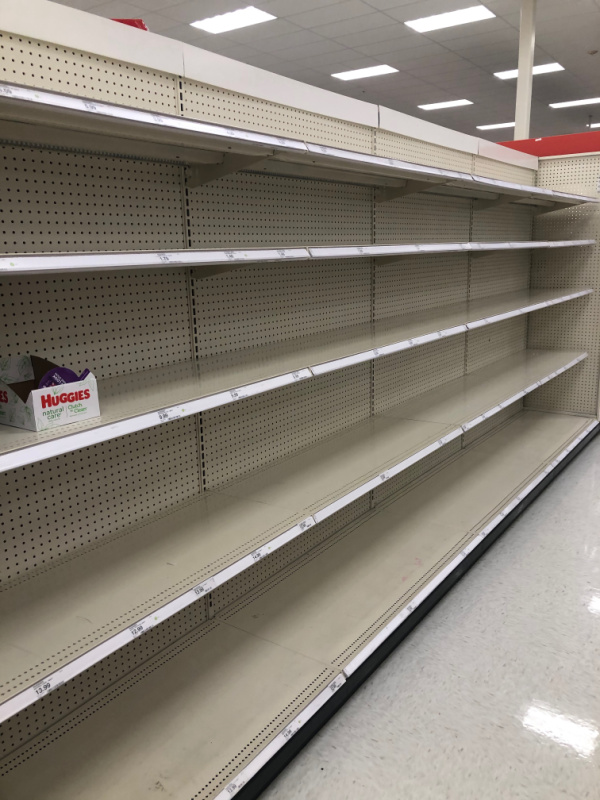 Ultimately, our son-in-law was told he would be able to be at the delivery and knowing that we knew everything was going to be okay.

She was healthy and perfect in every way. 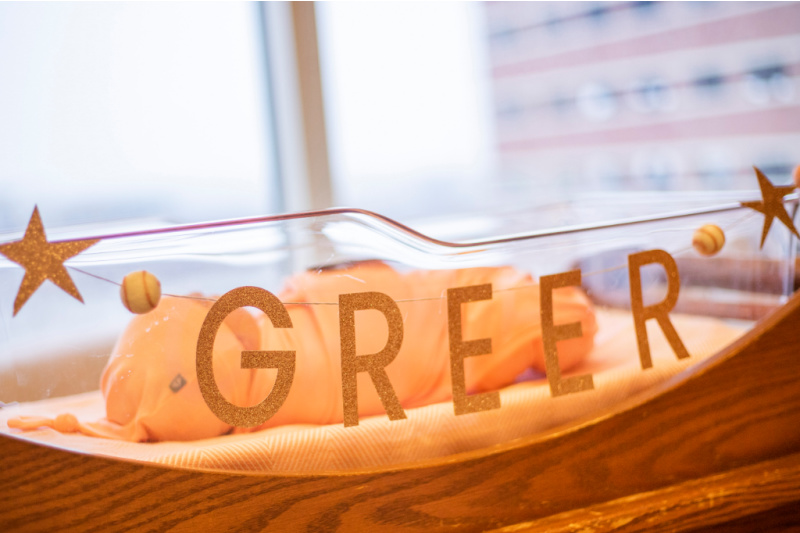 That was an amazing day!

A once in a lifetime kind of day. 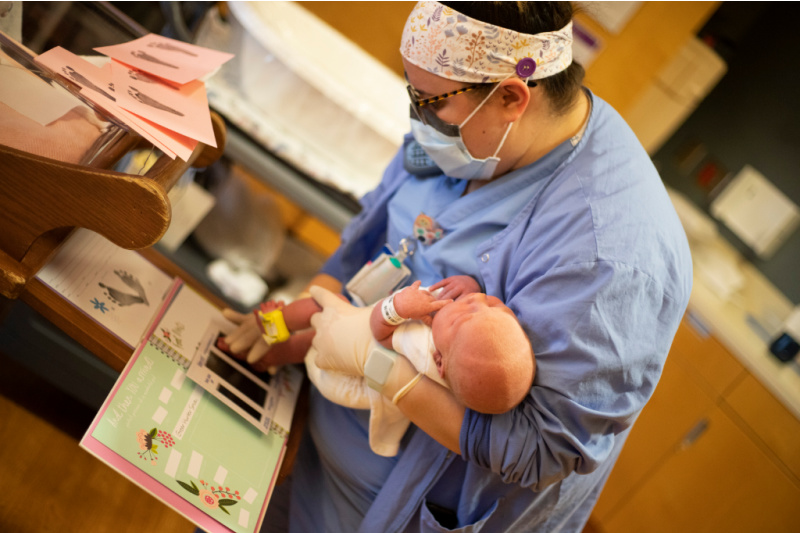 That single day, when Greer came into our world, made all of those earlier tense, sad, and panicked days seem inconsequential.

April became May and

we all continued to stay home and "stay safe".

We learned to reprioritize what was really important.

Before the pandemic, I would schedule my life around my hair appointments but during these days I quickly discovered outgrown roots really weren't such a big deal. At our house, we took a step back from a faster-paced life.

We Netflixed. We cooked. We read.

I painted, I took photos, and I think I drank my weight in wine.

Those were quiet but peaceful days. 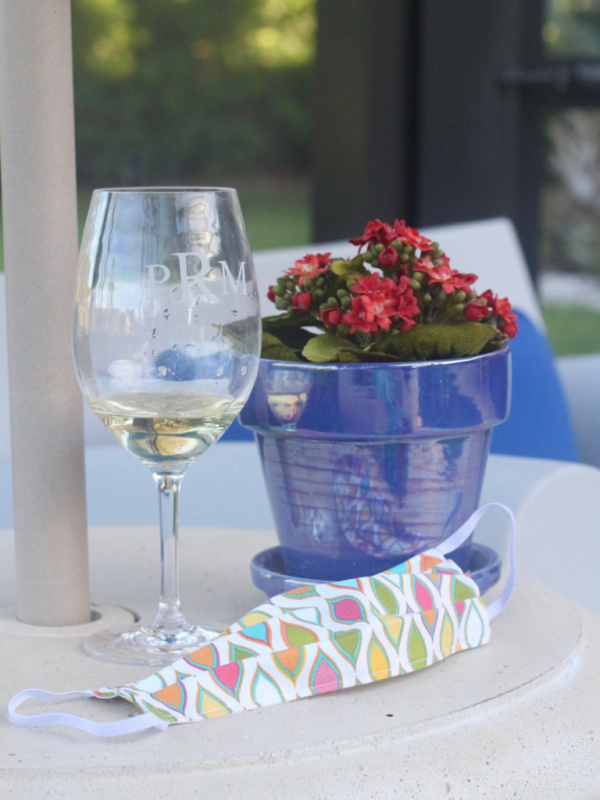 They are probably days that I will look back on and maybe even miss. But, sitting around and looking at the same four walls makes a woman want to change things up. I started dreaming of remodeling and decorating projects. Around this time the Amazon Prime van was making daily stops at my front door but even that wasn't completely scratching my itch. I missed shopping in person.

When I saw this felt board on Instagram I was relieved to know I wasn't alone. Someone out there got me. 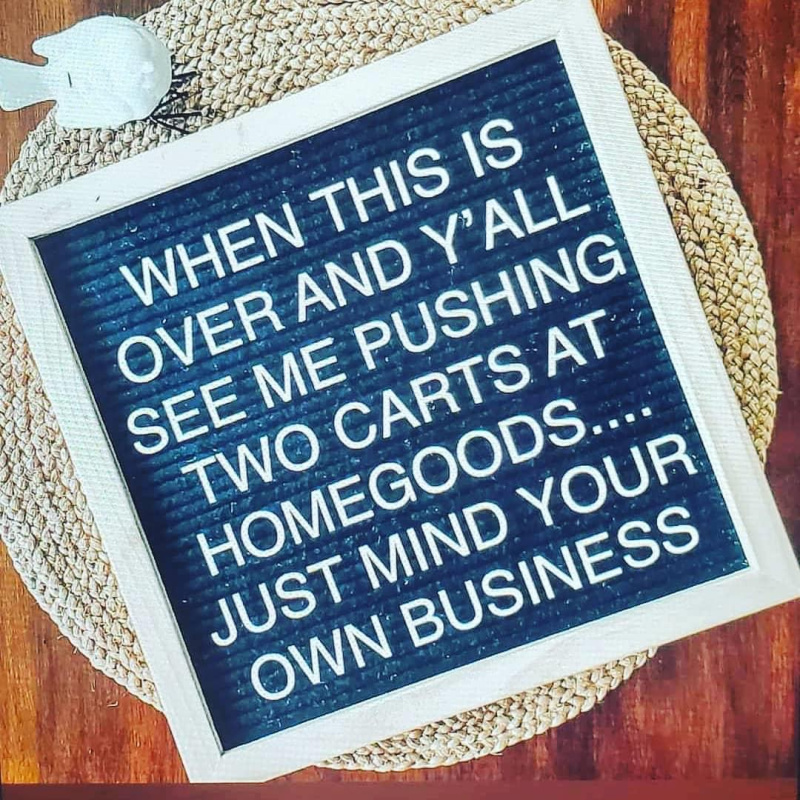 Thank God for the internet. Even though many of the stores were closed, It seemed that whatever we needed was

We even bought our groceries online.

But being a hermit can make you a little squirrelly. It got so bad that I would look forward to 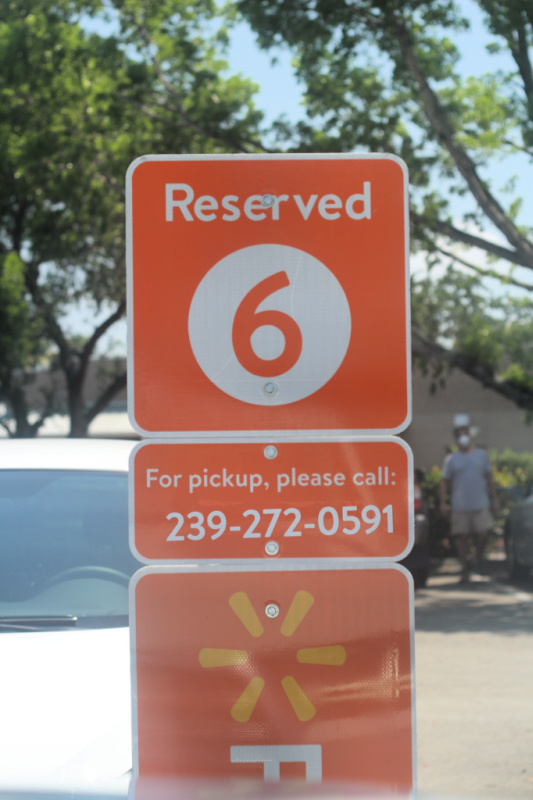 We communicated with our friends and family via the internet.

My book club met on Zoom.

We had virtual cocktail hours with our friends up north.

Crew, our grandson, and I would FaceTime and read to each other,

and we played this crazy game of House On Fire.

It was all a bit challenging but

these were staying-in-touch days and

they were memory-making days. 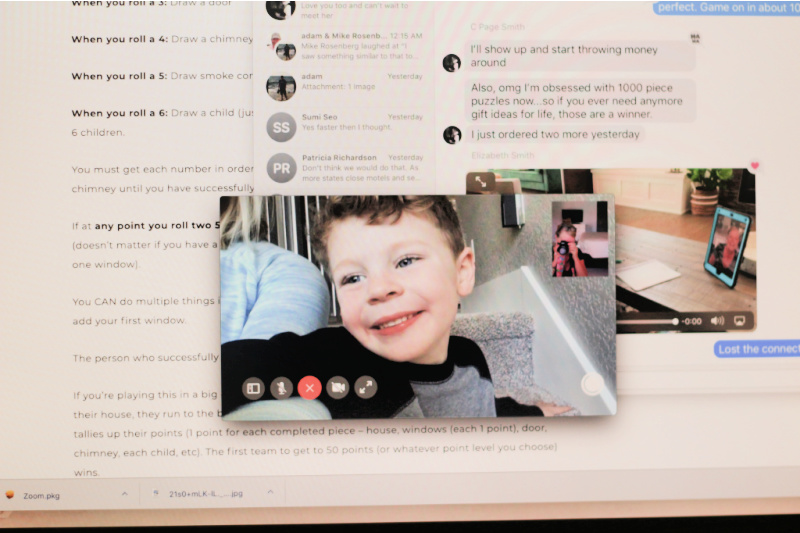 By May we were able to schedule a flight to see our Iowa family.

We still couldn't buy sanitizing wipes that I wanted to take on the airplane. So, our daughter spent four dollars to ship us a small travel

pack of them that she already had on hand.

We were so ready to finally be there.

These were determined days. 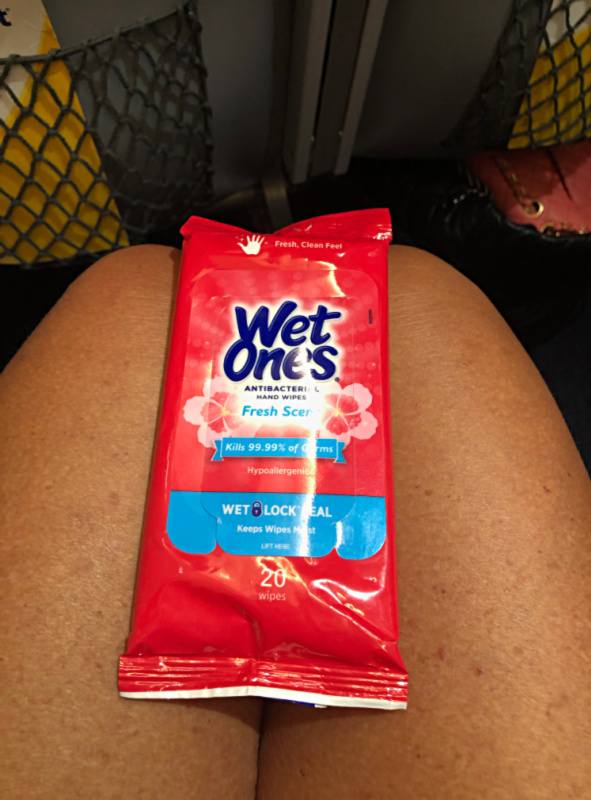 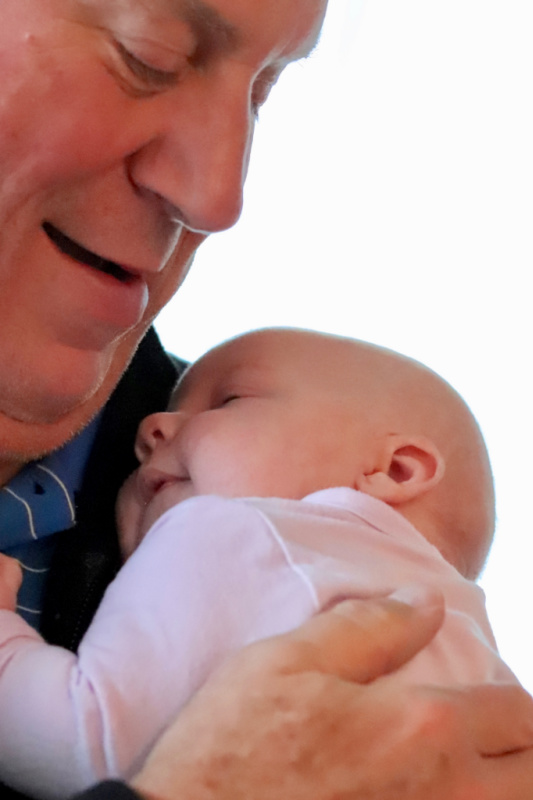 Hugging our kids after four months was the best.

These were magical days.

As some of our fear of the transmission of COVID subsided, we started seeing more of all of our kids. We wanted to be careful but being together was paramount. It was the choice we made.

As soon as we got back to Florida we called our kids there and carved out some time to get together with them too.

James and Sumi were making improvements to their new home and we were anxious to see what they were working on and be a part of their excitement. 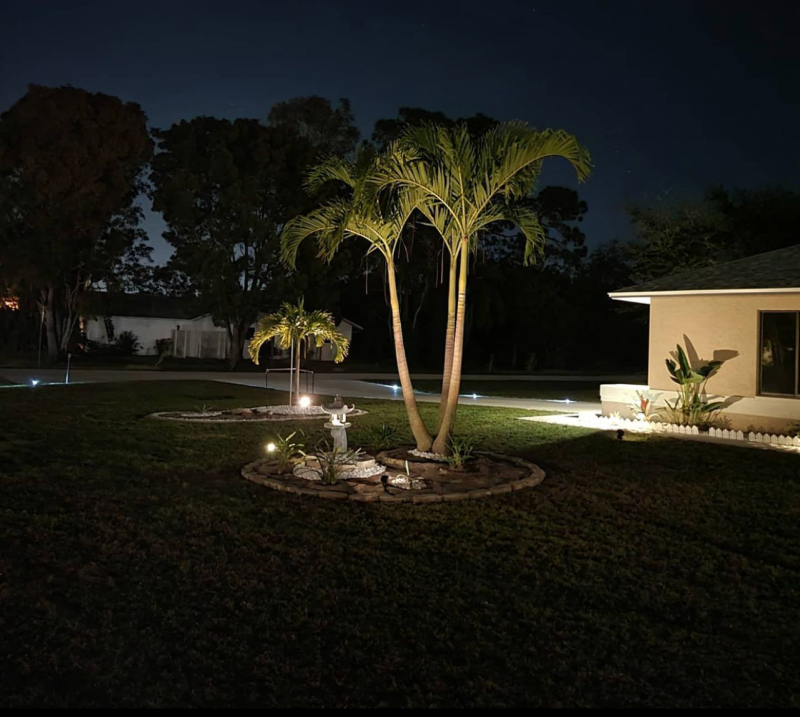 Two years ago I never would have believed that James and Sumi would be back in the states, but I REALLY would have found it hard to believe if you said that both of our boys would be living here in Florida and only about thirty minutes away from us.

It's true. Our youngest, working remotely after March of 2020, and probably coaxed on by his older brother, also made the move to Florida.

Those were unbelievable days.

Even last summer, real estate was already hot. Home sales were up dramatically from the same time a year earlier and there weren't many deals to be had. But luck was with him and he found a great new place to call home. 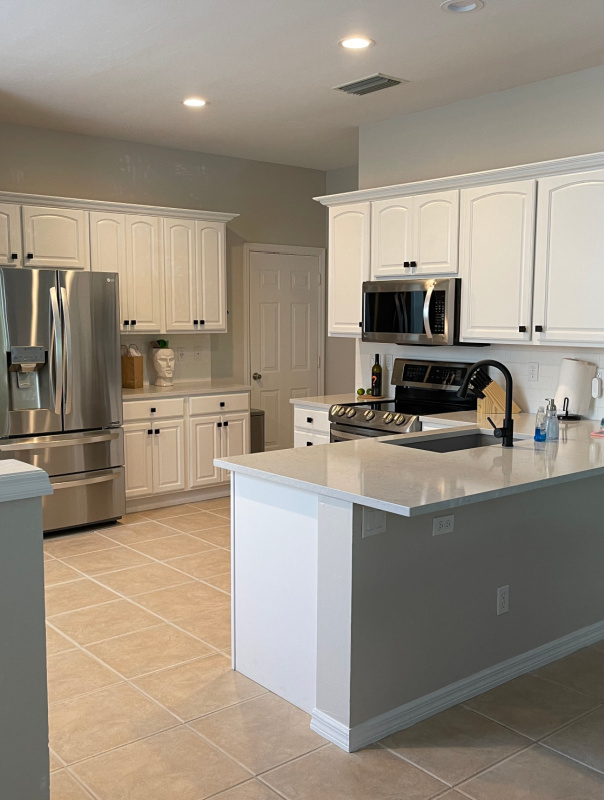 He made some improvements to his new place including new countertops.  Getting them ordered and installed was much easier than I expected but buying furniture for his new home turned out to be an epic challenge.

The showrooms had plenty to see but the lead times for ordering and delivery were months long. The bedroom set he ordered over Labor Day weekend finally showed up six and a half months later.

By fall things were continuing to inch back toward normal. We were, of course, still wearing masks in public and we avoided large groups or closed-in spaces, but when we gathered together for Thanksgiving and Christmas and it felt like 2019.

These were thankful days. 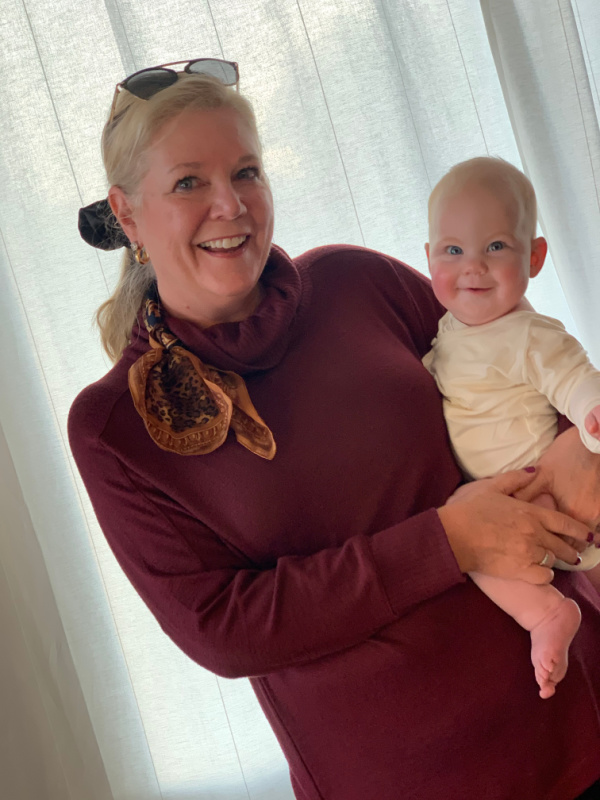 In January of this year, the kids even jumped on a plane and visited us in Florida. 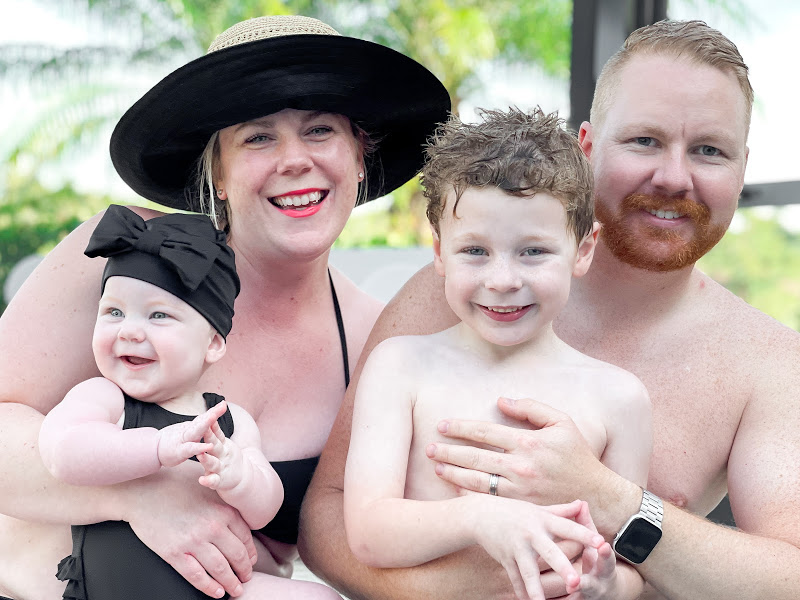 Some things were still closed but we were able to go to parks, play golf, eat out, and visit the beach. Things are returning to normal. We aren't there yet, but every month elements of our old routines seem to be returning.

These are relieved days.

It has been a year of highs and lows with a wide spectrum of emotions but in a crazy way, I am grateful for this year.

This year allowed me to take stock in the gifts I have been given, to sit back and appreciate the quiet times, and to reprioritize the people and things in my life.

So, yes, I am thankful.  But, now, one year later, I am more than ready to get together with all of my friends, to throw a huge house party, and to feel comfortable going out in public again without a mask.

I think we can now say that these are the optimistic days and we are all more than ready for them. 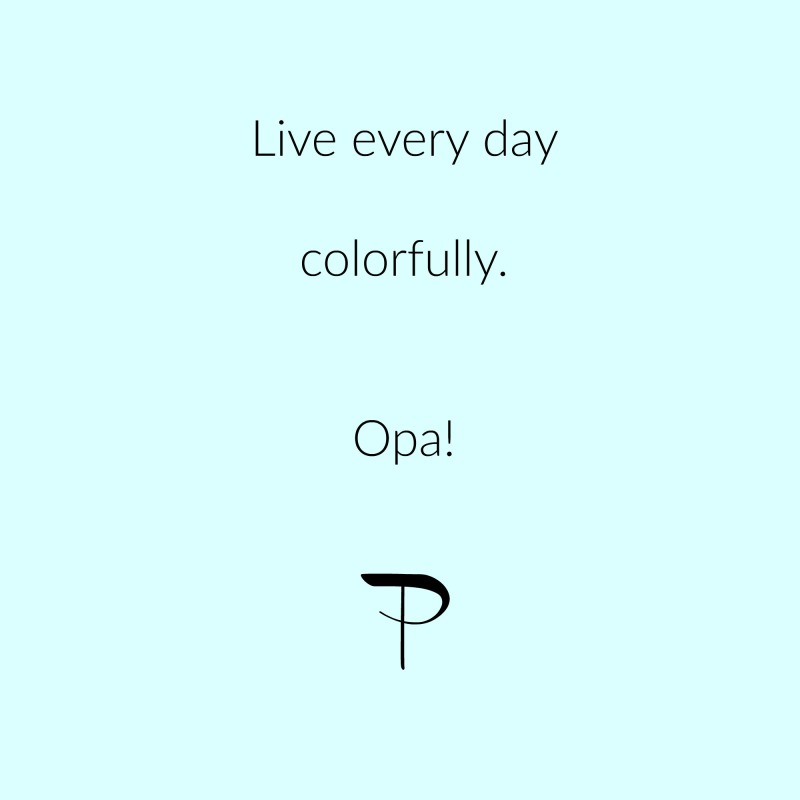 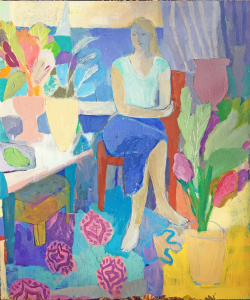